Dedicated To Fighting For You 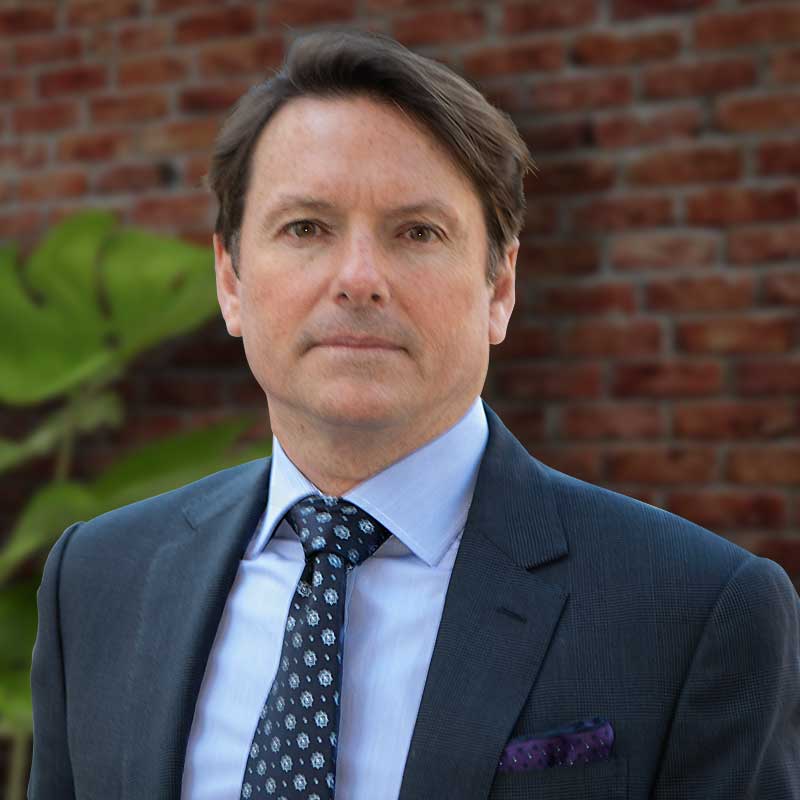 “Our firm was founded on the principle that justice for injured people is more important than insurance company profits. Justice with a discount is no justice at all.”

On February 13, 1995, Paul Zuckerman and I officially started Carpenter & Zuckerman – now Carpenter & Zuckerman.   Paul and I had met the first day of law school at Southwestern in Los Angeles.  We both graduated together in 1991, studied and took the bar together and then shipped our Harley Davidsons to Europe where we toured the continent on our bikes while waiting for our bar results.  I still like to do motorcycle cases.

I am an experienced jury trial lawyer.  Over the past 20 years, I have won more than $100 million for individuals with life-altering injuries.  My practice focuses on helping clients with the gravest injuries – especially traumatic brain injuries – recover the money they need to re-establish their lives.

I am a graduate of Gerry Spence’s Attorney s College.  I pride myself on trying tough but meritorious cases; I do not take the easy cases to trial and then brag about the results.  I started out handling and trying cases other law firms rejected.  I know how to try tough cases and get good results.  In 2017, I was nominated for “Attorney of the Year” by the prestigious Consumer Attorney s Association of Los Angeles (CAALA).   In addition to trial work, I also have an active appellate practice.  Twice the California Supreme Court has granted my petitions for review.  I have been selected as a Top 100 Attorney  and have had work recognized by VerdictSearch’s “Verdict of the Week.”

I was raised by a single mother from the age of 6 months in Los Angeles county.  My mom worked two jobs, one as a legal secretary and the other as a waitress to support me.   My mom met and eventually married a lawyer named Greg Larson when I was in the 4th grade.  It was the first time I had a father in my life.  Greg turned out to be the most influential person in my life.  Greg is my dad and I am the man I am today very much because of him.

I am very passionate about the welfare of children; I have two youngsters of my own.  My daughter Charlotte was born in March of 2011.  My son Jack was born in November of 2016.  I waited to start having a family because I was afraid I wouldn’t be a good father because of all the time I spent working on and trying cases.  So, I waited until I knew I had the time to do a good job and be present for my kids.  Getting married and having kids is the best decision I ever made.  I love being a husband and father, it is the best part of my life.  In my spare time I love the ocean, sailing and surfing.

The facts of the Rachel Fernandez case are tragic.  Defendant Maria Rodriguez and Defendant Elba Jimenez lived together in Ontario.  Maria Rodriguez loaned one of her cars to Elba Jimenez to go to Los Angeles.  Later that day, Maria Rodriguez drove her second car to Los Angeles so both of them could attend a party in Los Angeles.  At the party, Ms. Jimenez drank alcohol.  Ms. Rodriguez remained sober.  Although Rodriguez observed Ms. Jimenez drinking some alcohol, she let Ms. Jimenez drive her 20 minutes from the party to Rodriguez’s mother’s house in Los Angeles where Rodriguez parked her second car.  According to Ms. Rodriguez, Jimenez drove the car perfectly for these 20 minutes and there was no indication that Jimenez was impaired whatsoever.  When Jimenez arrived at the house of Rodriguez’s mother, Rodriguez got out of the car to drive her second car home separately.  The plan was that both would drive home to Ontario separately.  Jimenez chose to exit the 5 freeway at the Cesar Chavez Avenue exit which ends in a “T” intersection.  When Jimenez got to the “T” intersection the light was red.  Jimenez drove through the red light.  Instead of turning left or right at the “T” intersection, Jimenez went straight through into the parking lot where a taco truck was parked killing two people.

This was a disputed liability jury case I tried before Judge David S. Cunningham in Courtroom 306 of the Central Civil West Courthouse.  Mr. Pureco was returning home from work as a landscaper to an apartment building on a narrow street lined with several other apartment buildings.  This made the street a “commercial street” pursuant to the vehicle code.  Mr. Pureco saw a parking space on the opposite side of the street.  He swerved to the right so he would have the space to complete a “light bulb shaped” U-turn in the middle of the block.  It is illegal to make a mid-block U-turn on a commercial street.  Behind Mr. Pureco was David Carrillo.  David Carrillo saw Mr. Pureco swerve to the right.  He assumed that Mr. Pureco was parking.  David Carrillo hit Mr. Pureco when Mr. Pureco made the illegal U-turn in front of him.  Mr. Pureco suffered a traumatic brain injury.  There were no percipient witnesses other than the friends of David Carrillo who were in defendant’s truck.  Mr. Pureco unfortunately had Alcohol in his blood but at a level below .08 by the time it was tested.

Due to the difficulty of liability in this case, Defendants’ insurance company Allstate Insurance allowed a valid $100,000.00 policy limit demand made by prior counsel to expire.  Allstate offered the policy after the expiration of the policy limit demand.  It was negligence and bad faith for Allstate not to pay the policy when the opportunity was presented.

I defeated Defense expert’s opinion that the accident was “unavoidable” due to the plaintiff’s illegal U-turn in front of Defendant by heavily cross examining Defendant’s accident reconstruction expert. After getting Defense expert to commit to the fact that defendant was speeding, I was able to get the Defense expert to admit, using his own reconstruction, that had Defendant simply been traveling at the 35 mph posted speed limit for just the last few seconds before the crash, Plaintiff would have been able to successfully complete his illegal U-turn in front of defendant without incident.

In 2011, on the eve of trial, I settled a case for $13.86 million settlement for a former professional fighter who suffered a traumatic brain injury in an automobile collision.  Most of the symptoms of the client’s traumatic brain injury did not present themselves until several months after the crash.  The insurance companies argued the client was faking his movement disorder.  To defeat the insurance companies’ claims, I litigated the case for more than four years, creating what is believed to be the largest file in the history of a Santa Monica courtroom, exceeding 60 volumes.

Similarly, in 2010, I served as counsel in a bar fight case in which a college football player was beaten by a security guard.  The jury awarded C&Z’s client more than $6.8 million despite the client having incurred less than $23,000 in past medical bills.