When Road Rage Strikes: How Can You Protect Yourself? 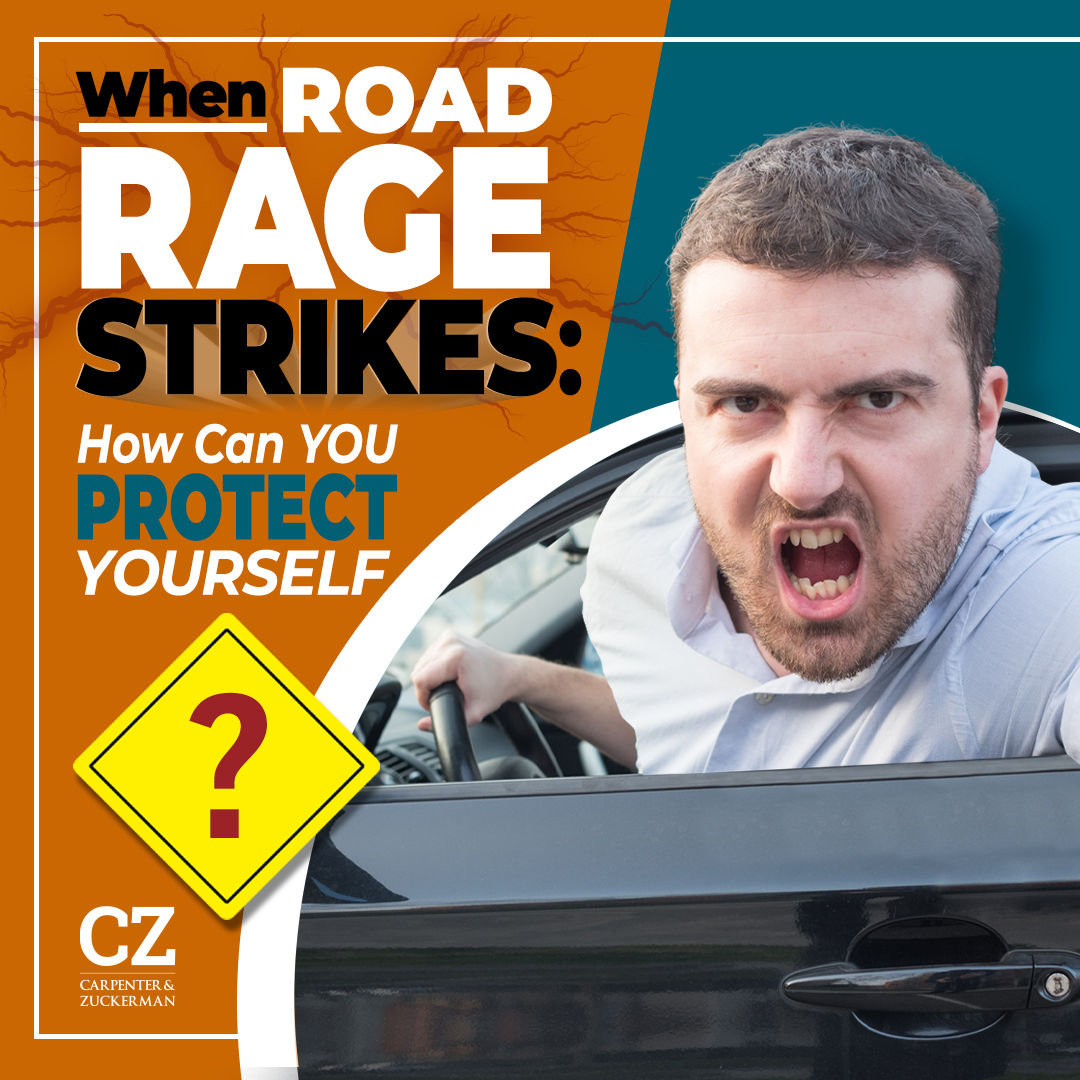 You’re stuck in stop-and-go traffic on the freeway. Suddenly, another driver cuts you off. Reacting instinctively, you quickly hit the brakes and tap your horn at the inconsiderate driver. Without warning, the enraged driver stops and exits their car, aggressively rushing toward your vehicle with a metal rod in hand. In a seemingly psychotic state, the driver starts bashing your car with a crowbar, smashing glass and mangling the body of your vehicle. Terrified and in shock, you grip your steering wheel and desperately think to yourself, “What in the world is happening?” The answer? Road rage.

As far-fetched as this violent scenario may seem, road rage is an all-too-common occurrence on roadways across the United States. In fact, according to 2019 data from the Automobile Association of America (AAA), “nearly 80 percent of drivers expressed significant anger, aggression or road rage behind the wheel at least once in the previous 30 days.”

ABC7 Eyewitness News  and other media outlets have detailed multiple road rage incidents across Southern California since 2022 involving a male Tesla driver, who has violently assaulted several drivers, including women and senior citizens. The assailant has been filmed beating victim’s vehicles with a metal pipe, as well as physically assaulting others during his violent fits of road rage. In an effort to identify and apprehend the perpetrator, the California Highway Patrol has asked for tips from the public. As of January 24, 2023, media reports indicate that the suspect has been identified, but has not yet been arrested.

If you are the victim of a road rage incident, you may be experiencing emotional trauma, in addition to physical injuries and property damage. The personal injury lawyers at Carpenter & Zuckerman are adept at navigating road rage incidents, as well as all forms of assault and other personal injury matters. Contact CZ Law today to learn how we can protect you; we will fight to secure rightful compensation on your behalf!

Aggressive Driving vs. Road Rage: What Is the Difference?

AAA defines aggressive driving as “any unsafe driving behavior, performed deliberately and with ill intention or disregard for safety.” According to the National Highway Traffic Safety Administration (NHTSA), road rage is defined as "an assault with a motor vehicle or other dangerous weapon by the operator or passenger(s) of one motor vehicle or precipitated by an incident that occurred on a roadway."

According to NHTSA, a number of factors contribute to aggressive driving behaviors, including:

How to Protect Yourself When Road Rage Strikes

Austrian Psychiatrist and Holocaust survivor Viktor E. Frankl is most often credited as the author of the profound quote: “Between stimulus and response there is a space. In that space is our power to choose our response. In our response lies our growth and our freedom.”

While being the victim of road rage is not only terrifying, but also thoroughly unjust, the best choice to prevent the situation from escalating is to remain calm and refrain from retaliating, unless you are in imminent danger of bodily injury or death.

If you are involved in a road rage incident with another driver, follow the guidelines below to protect yourself and your passengers to the greatest extent possible:

NHTSA research attributes the overall increase in aggressive driving and road rage incidents to the fact that “there are more drivers driving more miles on the same roads than ever before.” Whatever the ultimate combination of factors causing the increase in road rage since the 1990s, victims of violent road rage incidents deserve to be fiercely advocated for.

The experienced car accident and assault attorneys at CZ Law take great pride in fighting on behalf of innocent injury victims. Our firm was founded on the principle of standing up to those in power, and giving voice to the voiceless. We will fight unceasingly until justice is secured for our deserving clients, including maximum compensation for their physical injuries, emotional suffering, and property damage.

CZ Law has been advocating on behalf of road rage victims for the past 27 years. We have a strong track record of delivering excellent results to our clients, including over $2 billion in verdicts and settlements since the firm was founded in 1995. CZ Law maintains offices throughout California and Washington, including Beverly Hills, Los Angeles, Garden Grove, San Diego, Bakersfield, and Seattle.

If you are the victim of a road rage incident, contact the skilled personal injury attorneys at Carpenter & Zuckerman today. CZ Law is standing by and is ready to fight on your behalf. Call CZ Law  today at (310) 273-1230, or fill out our contact form for a FREE consultation.

Ready to Discuss Your Case?

Schedule a Free Consultation with Our Team.

We’re available 24/7 to assist you with your personal injury matter.

Remember, you don’t pay any fees unless we successfully resolve your case!