Find out how trial attorneys John C. Carpenter and Carlos A. Hernandez of Carpenter & Zuckerman used the “Truth Love Justice” approach to help a young woman after her car v. truck accident.

In 2018, Maria (not client’s real name) was in the back seat of her friend’s car waiting to make a turn off the Silverado Trail. Maria’s car was rear-ended by a 10-wheel Napa County dump truck that was traveling at an unsafe speed. (The event data recorder recovered by Maria’s attorneys showed that the brakes weren’t applied until after the collision.)

Maria, who was 20 at the time of the crash, fractured ribs and suffered a traumatic brain injury. The fractures healed, and the plaintiff had almost no continuing orthopedic complaints.

Maria filed a claim against the truck driver and Napa County. Despite her brain injuries, Maria’s academic grades actually improved after the wreck. Because of what appeared to be a strong case for the defense, many law firms would have taken a much lower settlement than what Carpenter & Zuckerman obtained for Maria.

Maria’s attorneys, John C. Carpenter and Carlos A. Hernandez, are adept at dealing with traumatic brain injuries. John and Carlos took a deep dive into Maria’s life, her friends, and her family. They needed to learn the truth. John strongly believes that you should live your life, not your litigation. The truth will prevail over distracting defense points, like improved grades or lack of orthopedic complaints.

John and Carlos needed to develop a unique approach to counter Napa County’s arguments based on the fact that Maria went back to school after her injury, and her grades actually improved. To do this, they used John’s “Truth, Love, Justice” approach.

“Their defense experts literally said Maria’s life was better now than it was before,” John said. “It wasn’t true, but it didn’t stop them. So we had to look deeper.”

In order to obtain justice for Maria, the attorneys from Carpenter & Zuckerman employed John’s “Truth Love Justice” approach. This is the strategy of uncovering and proving “the truth of the common experience” — or some aspect of undeniable truth that allows everyone in the case to view the victim and their situation without any defense bias and see them for who they truly are.

“The Truth Love Justice approach allows us to break through cynicism and disprove the idea that the victim is faking their injury,” John said. “We break through this cynicism by getting the judge, jury, and adjusters to see the truth, and then and only then can they apply love and empathy, which ultimately leads to justice.”

In this case, the decision makers needed to understand the magnitude to which Maria’s life had changed. John and Carlos took several steps to make this truth evident. Their strategy was to…

1. Show who Maria was prior to the accident:

As a child and young woman, Maria demonstrated exceptional cognitive abilities. Despite the fact that she spoke English as a second language, Maria was designated as proficient in English by the first grade. She was named middle school class valedictorian and was the principal cellist in her high school orchestra. Furthermore, she was an avid reader who had spectacular ACT and SAT scores in English / reading comprehension in the 93rd percentile. Carpenter & Zuckerman hired an educational neuropsychologist who estimated her pre-crash IQ as 125 — a score that is considered well above average in the U.S. This was in stark contrast to Maria’s post-crash IQ of 98, which both the plaintiff and defense neuropsychologists agreed was accurate. Maria’s dream was to become a lawyer.

2. Paint a clear picture of how Maria’s cognitive condition deteriorated after the crash:

Because Maria’s English and reading comprehension scores were established to be in the 90th percentile amongst college-bound seniors before the wreck, we knew the truth that Maria must have been a voracious reader. She went from being a voracious reader and a dedicated cellist to not being able to read or practice the cello for more than five minutes at a time due to headaches. She found it more difficult to focus on her studies and retain information. After the wreck, Maria was able to improve her grades only by abandoning her social life, and doubling her efforts. Before the wreck, Maria was always one of the brightest minds in the room.

3. Emphasize the severity of the crash and the physical damages they caused:

In this case, John and Carlos also brought attention to the physics of the collision and the impact that this type of crash would have on anyone. The attorneys used an animated video to reenact the events of the accident play by play and provide a more detailed look at the science behind Maria’s injuries.

“When you drive a dump truck fully loaded at 45 miles per hour, that delivers the same force as a vehicle going 162 miles an hour,” John said. “The jury or the fact finder, all they can think about is 162 miles an hour…. the driver didn’t even apply their brakes, and that’s the truth.”

The Result: A Record Settlement in Napa County

Thanks to the relentless determination and well-thought-out legal strategy that John and Carlos deployed in this case, Maria was able to secure a substantial settlement for her injuries.

At the time that this case was resolved, the highest verdict in Napa County was about $8.4 million (awarded in February 2017). In Maria’s case, John was able to reach a settlement of nearly double that amount at $15 million, making it a record settlement in the county.

Now Maria has the financial resources she needs as she works on her long-term recovery — and while her life will never truly be the same, she is now in a much better place to move forward and rebuild her future. According to John and Carlos, Maria is working hard in school and has not given up on her dream of becoming a lawyer someday.

About the Attorneys at Carpenter & Zuckerman

John C. Carpenter is the founding partner at Carpenter & Zuckerman and a leading California personal injury attorney who has been practicing personal injury law for 30 years. As a seasoned trial lawyer, John is equipped to handle the most complex injury cases, including those that involve traumatic brain injury (TBI).

John is of the firm belief that “justice with a discount is no justice at all” — meaning that justice is only served when injury victims are paid the FULL amount of compensation they are rightfully owed by the at-fault party or their insurance company. When insurance companies and big corporations try to shortchange accident victims in order to pad their own profits, John takes these defendants head-on, using every resource and legal strategy within his power to obtain a fair out-of-court settlement or trial verdict for his client.

John is well-known and well-respected within the California legal community. In 2017, he was nominated “Attorney of the Year” by the Consumer Attorneys Association of Los Angeles (CAALA). He has additionally been recognized as a “Top 100 Attorney” and has had case results featured in VerdictSearch’s “Verdict of the Week.” To learn more about John and the multi-million-dollar case results he has obtained for clients, read his full profile.

Carlos A. Hernandez, the son of Mexican and Cuban immigrants, is a bilingual trial attorney who always aims to give a voice to individuals and communities in need, including those who come from culturally and linguistically diverse backgrounds. Carlos is committed to obtaining justice for vulnerable injury victims, which brings him great fulfillment. Carlos is also a Board member and on the Executive Committee for the LGBTQ+ Lawyers of Los Angeles. To learn more about Carlos, read his full profile.

If you are in need of an experienced car accident attorney, truck accident lawyer, brain injury lawyer, or another type of personal injury attorney, our team at Carpenter & Zuckerman can help. Contact us at (310) 273-1230 below or fill out our online form for FREE consultation.

You pay no fees unless we win your case! 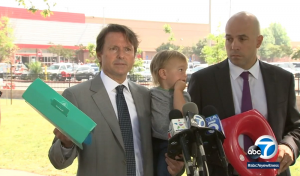 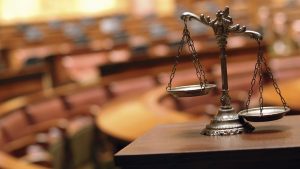